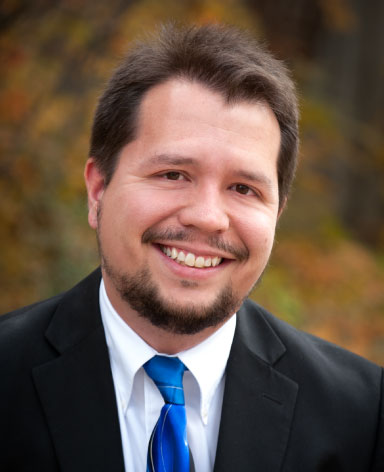 Daniel Romero, a Denver native, began music study at age twelve and attended high school at the Denver School of the Arts.  He received a Bachelor of Music degree in organ performance from Metropolitan State College of Denver, where he studied with Dr. Joyce Shupe Kull, FAGO.  He continued private music study with award winning organist Christian Lane in Massachusetts, and now is a graduate student at the University of Denver where he studies with Dr. Joseph Galema.

Daniel is currently Organist at Wellshire Presbyterian Church in Denver and has served several Denver area churches, including Our Merciful Savior Episcopal Church, five years at Church of the Ascension (Episcopal) in Denver, and ten years at Holy Ghost Catholic Church in Downtown Denver.

Daniel holds the Colleague Certificate (CAGO) from the American Guild of Organists.  He is currently writing a history of the pipe organ in Colorado and documenting all of the organs in the state. Daniel’s other interests include playing the theater pipe organ, organ building, running, travel, and history.